The 2014 Training and Management Day was held on Thursday 20 March in the Battlebridge Room at King's Place in central London.

The event began at 10:30am with an introduction by Rory Campbell-Lange, Rotamap's Managing Director. We gave an overview of upgrades to CLWRota over the last six months since the September Forum and an idea of how the Rotamap team manage support and feature requests. Aspects of CLWRota's strong growth over the last year was also presented. 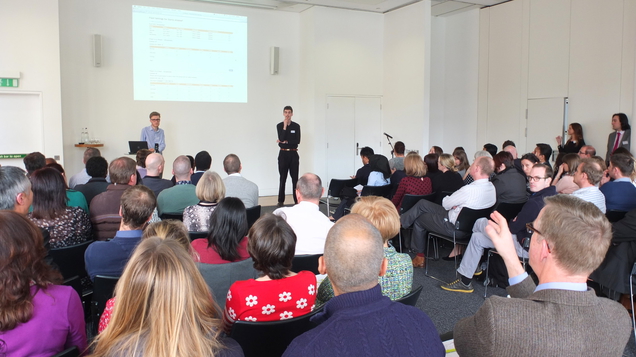 During the morning training session the following issues were discussed:

During the morning session debate on the floor included discussing the pros and cons of publishing the rota several weeks in advance, possible improvements to the new Messages functionality in CLWRota and how blocking rules can be used most effectively.

Lunch was held from 1-2pm, giving delegates a chance to meet and to discuss specific issues with the Rotamap team.

The afternoon session was targeted towards the discussion of management and reporting in CLWRota. Ollie Fielding introduced the latest benchmarks, which included all client trusts that had been using the system for at least six months. The presentation included anonymised cross-department benchmarks showing the variation in extra use, solo sessions and study leave across trusts; together with analyses of each department's individual KPI graphs, heat maps and P-charts. The combination of inter-departmental and intra-departmental analysis is useful for picking clients to pick out trends when reviewing job plans and the balance of department activity. 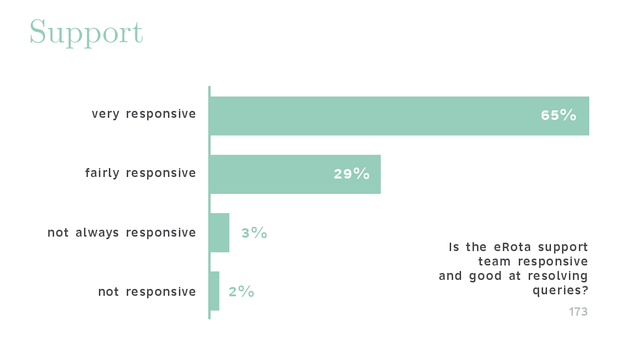 Ollie also went through the results of our recent online survey. The survey was completed by over 400 people, mainly clinicians, and provided very useful direction in terms of prioritising future development work. The survey also showed that over 91% of respondents found the service at least fairly useful. Over 94% of 173 respondents rated the Rotamap support team as responsive and good at resolving queries.

The event concluded with a presentation on the current state of Medirota, which Rotamap are developing as an extension of CLWRota's leave capabilities. This included gathering feedback on conceptual sketches, and which features would be useful in managing leave in more detail, such as limiting the number of consecutive days a person can take on leave.

Analysis of the March 2014 benchmarks can be found here.