The second of our two Autumn events took place at Dovecot Studios in Edinburgh on 6th October.

Ed and Nico introduced the day by welcoming guests to the second event under the company's new name, Rotamap. The theme for the day was 'Working Across Teams'. During the introduction Ed and Nico drew on examples of good team working both within Rotamap and from Formula One racing. They highlighted some of the challenges of cross site working, and how different techniques can help improve communication, collaboration and coordination. 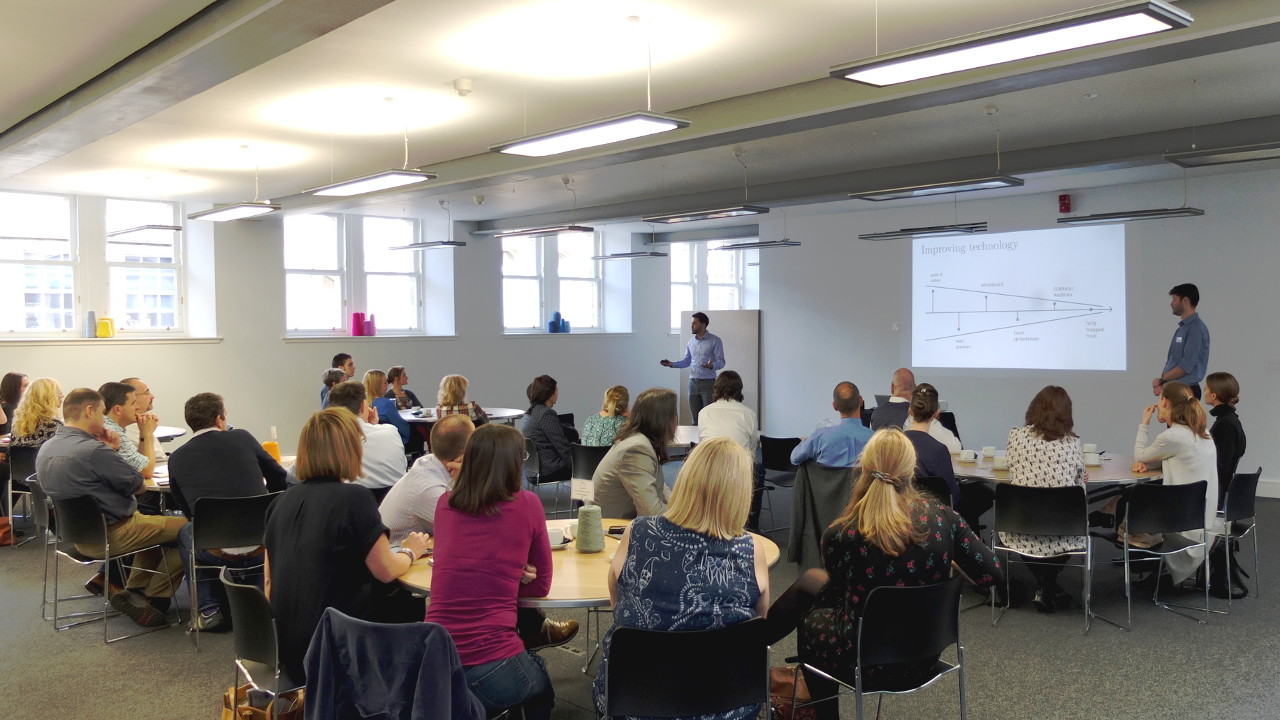 Dr Bernhard Heidemann is the clinical director of anaesthesia at the Royal Infirmary of Edinburgh and gave a presentation on 'The Ghosts of Rotas Past', which gave some background to the evolution of improving rotas and changing cultures in the anaesthetic department at the Royal Infirmary. From the beginnings of a rota held in a clumsy paper diary called 'The Book', through successive spreadsheets to a local database for leave taking, the Royal Infirmary continued its journey of improving the rota by taking on CLWRota in 2013. As a result locum expenditure in the department has reduced from £800,000 in 2014 to £0 in 2015 and 2016, an exceptional achievement. Bernhard also gave some suggestions for further developments to the rota to continue improving communication and collaboration. 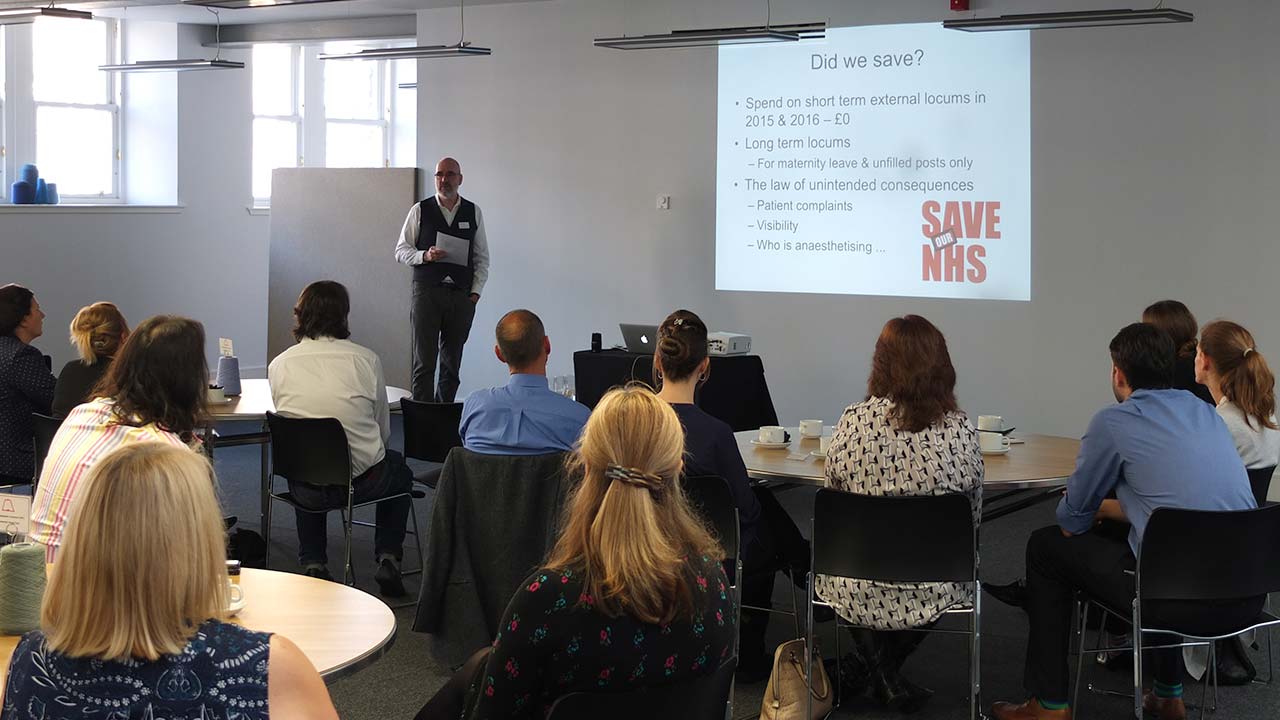 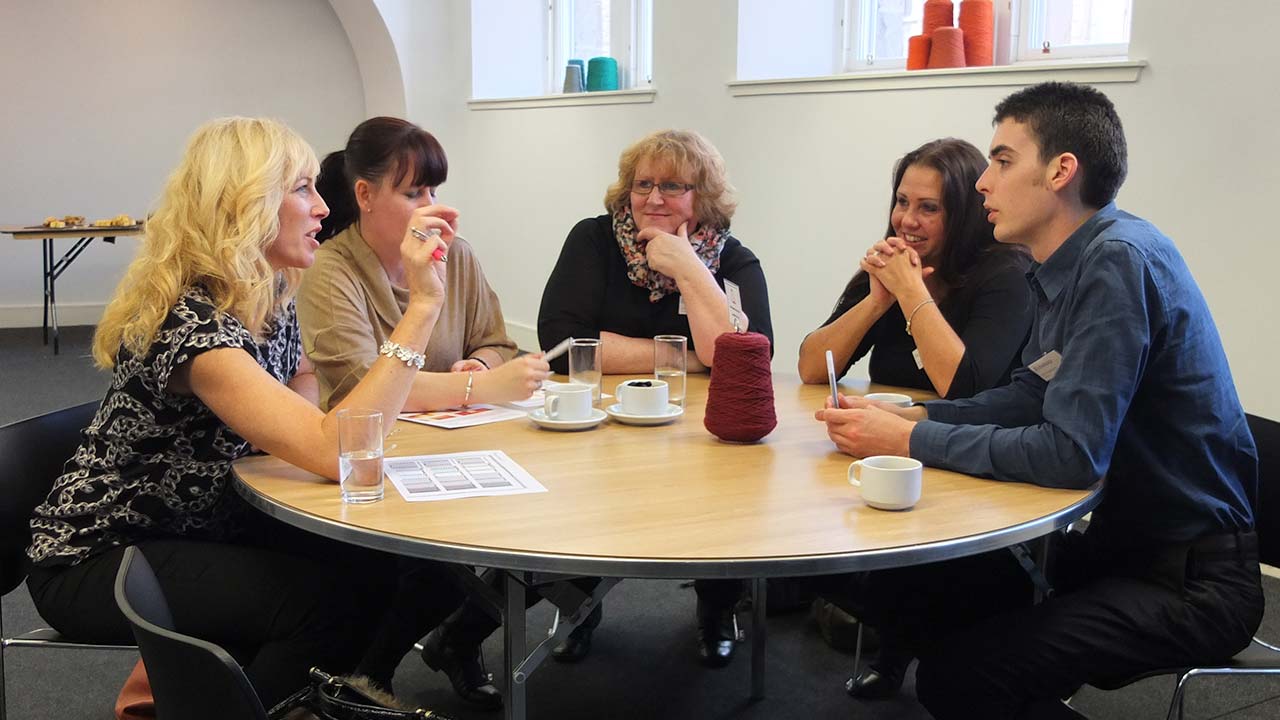 Nick gave a summary of the new features released into CLWRota and Medirota over the last six months. The review covered the new mapping functionality, which allows information to be shared between systems to aid cross-department communication, and the newly-released bids feature for both systems, where rota masters can offer uncovered sessions out to clinicians and receive bids to cover them. The talk also covered the ongoing incremental improvement project that the Rotamap team is working on–developing small but valuable improvements–and previewed the Medirota leave requests system which is currently under development.

In the first talk of the afternoon Lee went through some of the stats and reports that are available on CLWRota and Medirota and provided an approach for using these tools to generate actionable data. The talk, which was based on the subject of 'unwarranted variation' set out in Lord Carter's report "Operational productivity and performance in English NHS acute hospitals: Unwarranted variations", also explored the effects of high variation and suggested some ways in which it can be measured and tackled. 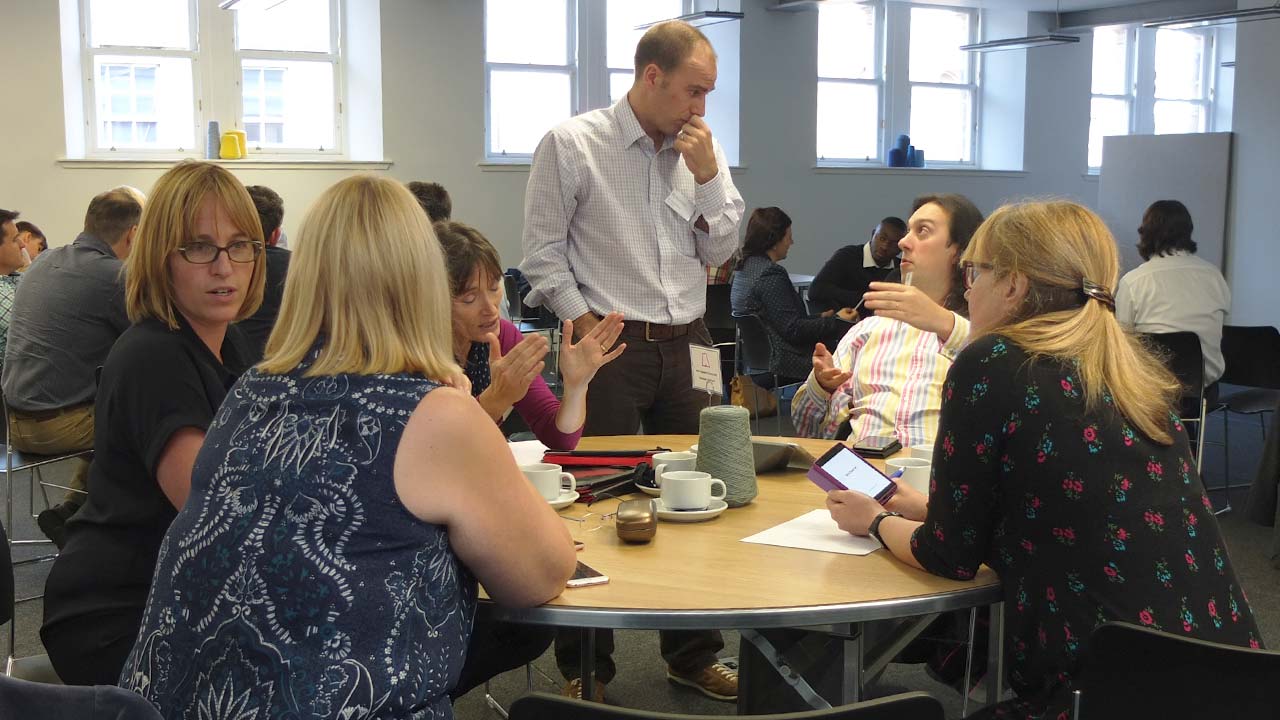 To end the day Ollie from the Rotamap team gave a short presentation which discussed the changing role of the clinician from being a lone professional to being part of an ever more complex network of specialists. He discussed the Virginia Mason Medical Centre in Seattle which tackled the issue of losing money by investigating the practices of Japanese car manufacturer Toyota and their innovative techniques for solving gaps in the production process (the Toyota Production System). Ollie suggested that some of the processes and tools used in fields outside of healthcare can be utilised to address some of the problems in theatre scheduling and help reduce some of the friction that exists between surgical and anaesthetic departments.