For our spring event held at the Royal Society of Arts in central London on 23 March 2018, Jacob Kirk and Tom Kelly presented the latest edition of our benchmarking data packs for departments using CLWRota and Medirota.

The boxplots described below are examples from the benchmarking data packs, which compare departments of the same or similar specialty in a few key areas of service delivery and highlights the variance of departments' data over the reporting period. The reporting period for all of the graphs in this article is from 02 January 2017 to 31 December 2017. 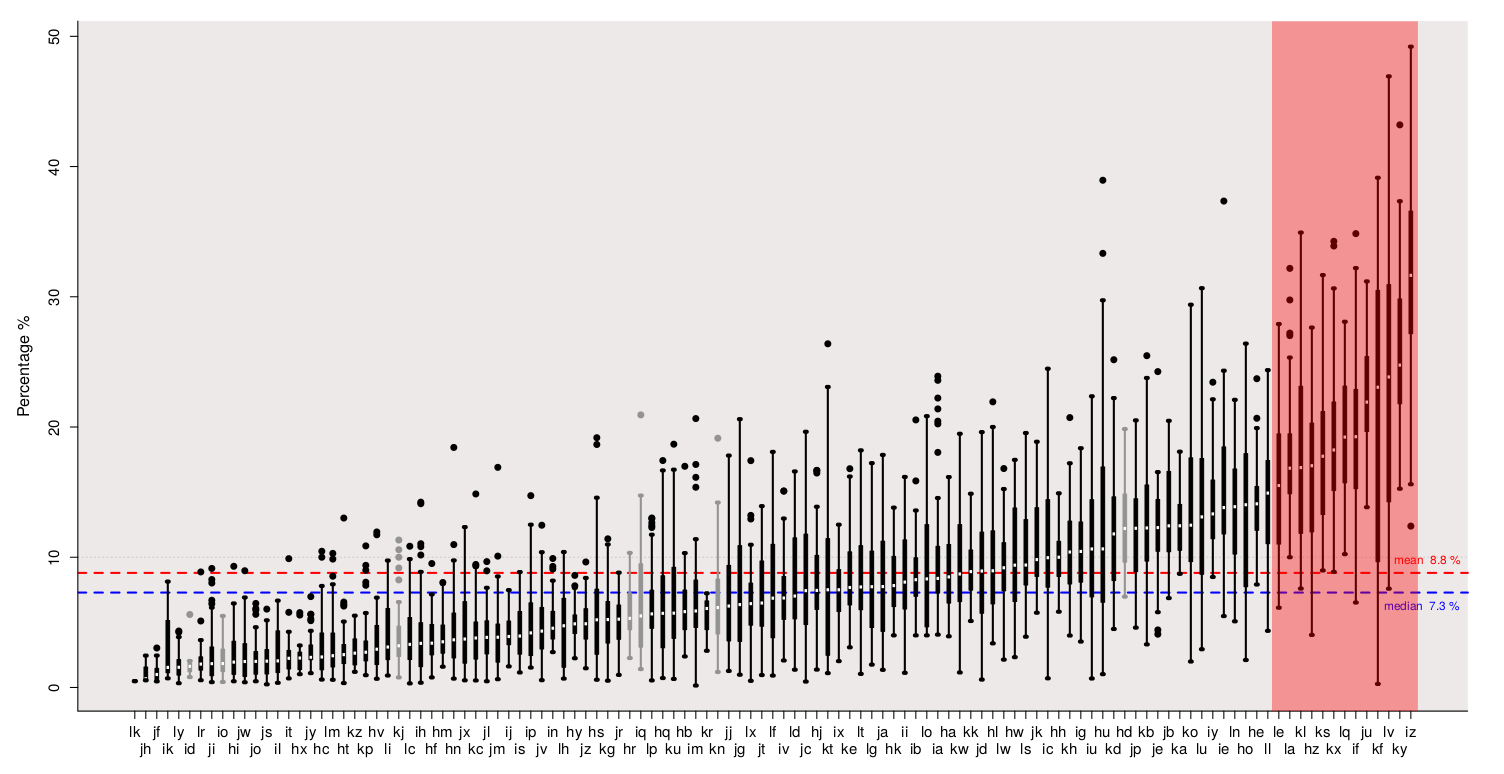 We can see from this graph that the average percentage of extra and locum usage across over 120 anaesthetics departments is 8.8%.

To further explore this data we can see whether delivering a high number of extra sessions correlates with the departments' use of trainee-led sessions and their ability to deliver their planned activity. 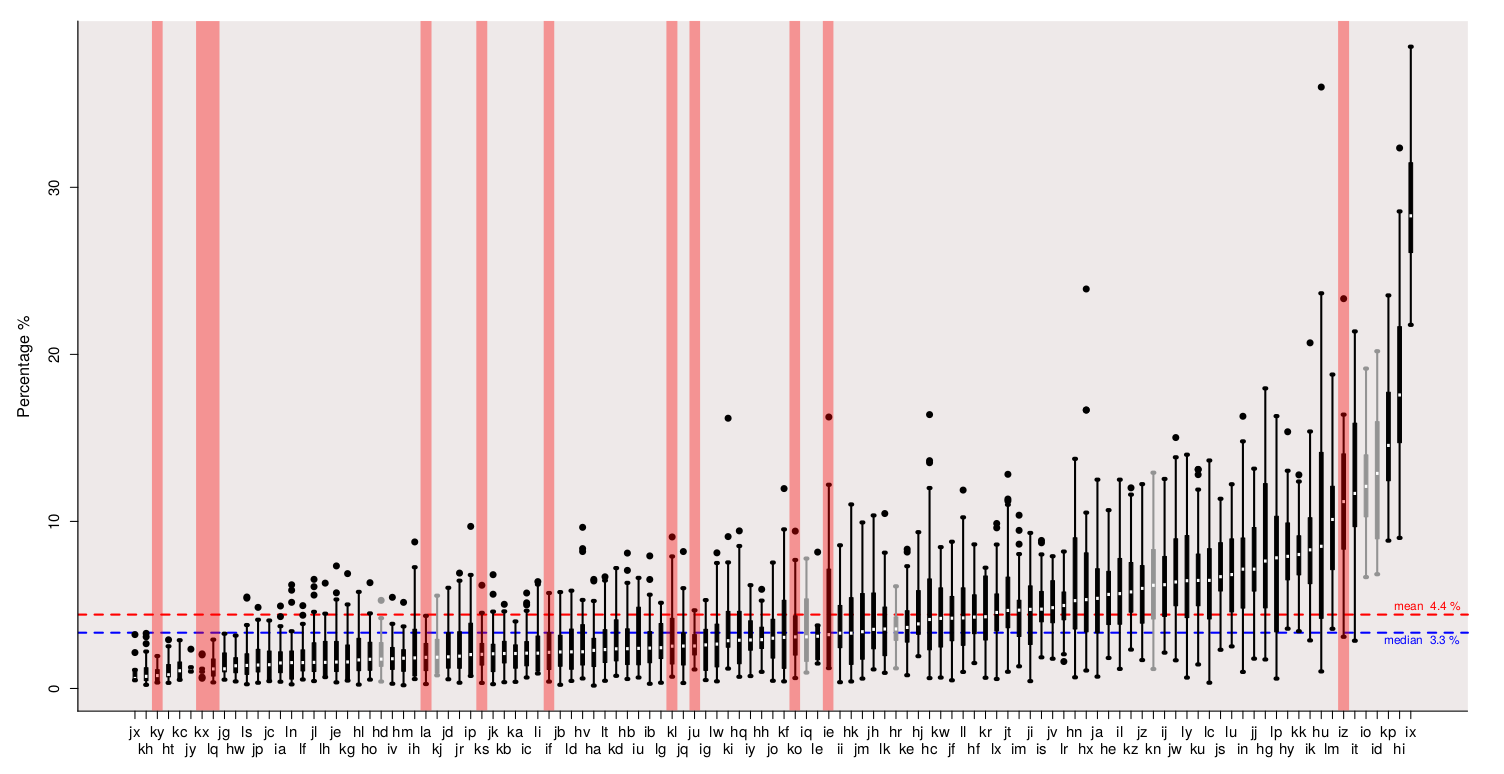 The boxplot below shows the percentage of planned vs achieved activity. 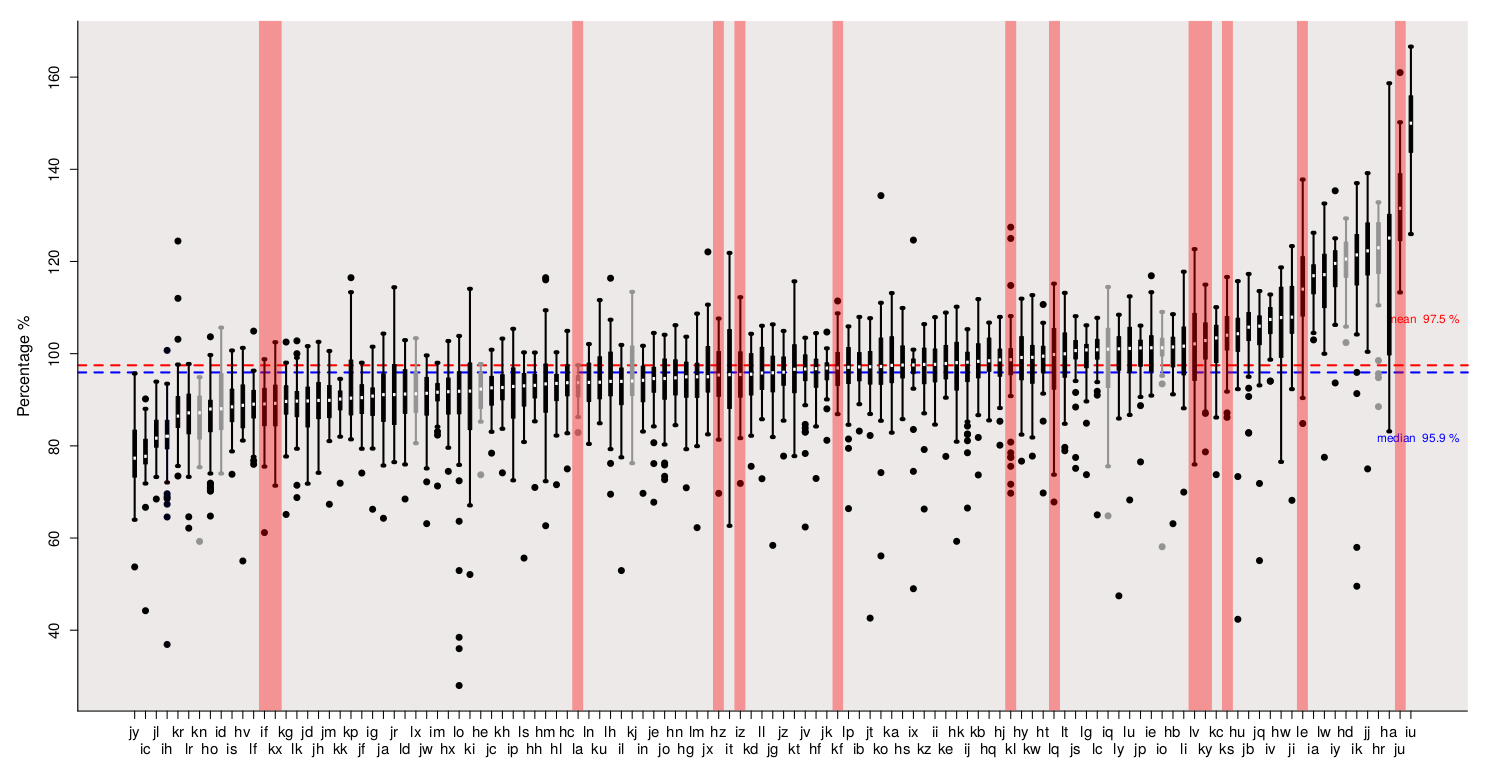 A trend is much less discernible when looking at the planned vs achieved boxplots. This looks at the number of sessions a department actually delivers as a percentage of the sessions a department plans to deliver, on a weekly basis. The greater usage of extras doesn't appear to be indicative of departments either struggling to achieve their planned amount of delivery, or achieving above and beyond it. This suggests that these departments are using extra sessions for different reasons.

Another form of analysis explored was a look into the different ways surgical specialties handle unwarranted variation, and how it can be tracked.

We generated dashboards detailing the percentage of extra and locum usage, cancellations and planned vs achieved activity for anaesthetics and a number of surgical specialties to allow for easy comparison. In order to highlight the significance of the variation, as opposed anything else, we stripped down the graphs to exemplify the calmness and/or severity of its variation.

An example of one of these dashboards for a urology department is shown below. 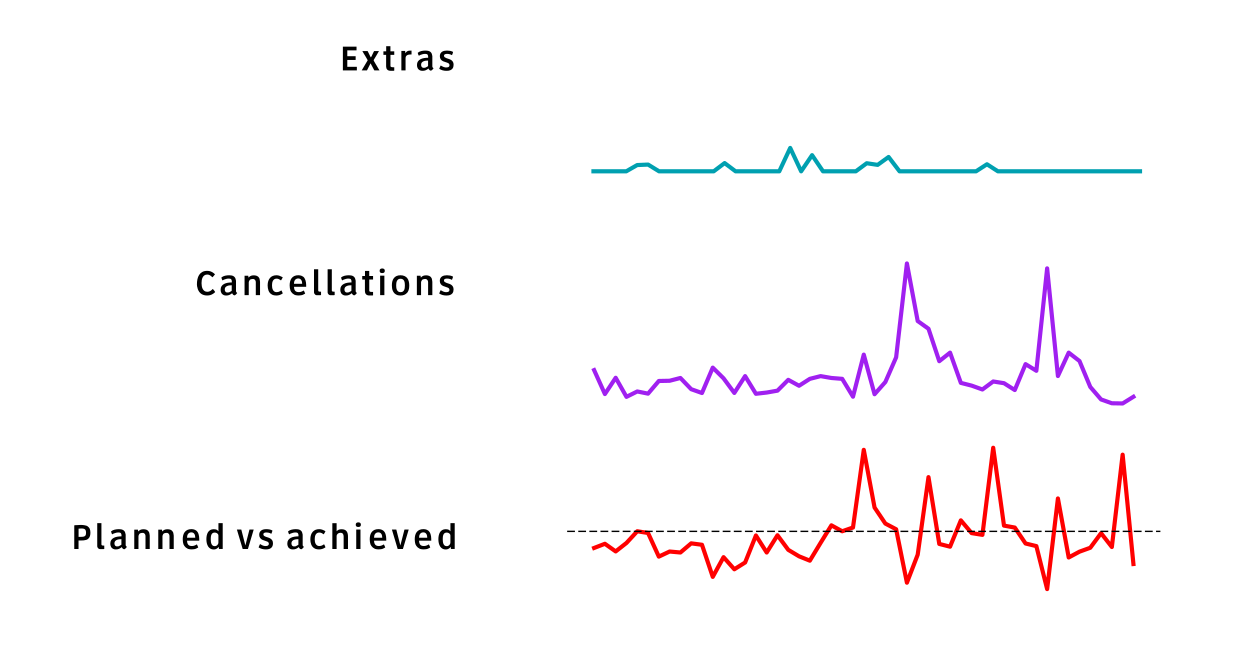 The most striking thing present in this data set is the very turbulent rate of cancellations and the effect that has on the planned vs achieved activity. The department appears to pre-empt the incoming loss of activity by increasing their service delivery well above and beyond their planned activity, before having it be greatly reduced. This appears to be a very chaotic way of working.

Another inter-specialty comparison can be made through looking at a boxplot for the planned vs achieved activity for the five departments explored. 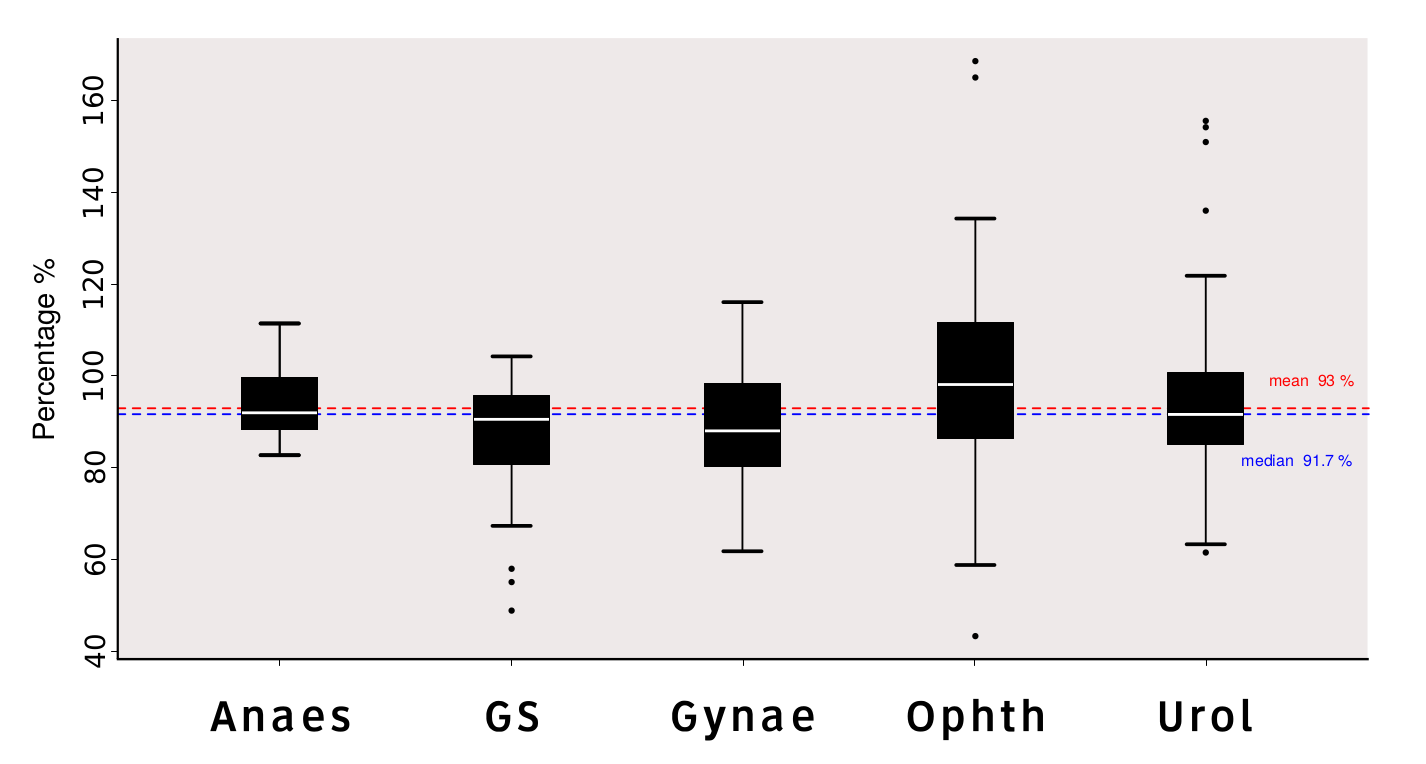 The final analysis undertaken for our Spring event was a look into how anaesthetic trainee activity differs with grade and seniority.

The bar graphs below show, by trainee grade and over the course of 2017, the percentage of module related activity and the percentage change between an agreed rota and actuality (i.e. last minute additions/removals of work).

From this it can be seen that across the departments included in this study, around 30% of trainee activity is related to the modules they are undertaking.

In addition to this, it appears that ST3s and ST7s are the grades that are losing the most of their planned module related activity, and CT1s and ST4s gaining the most at the last minute.

In an attempt to gain a greater insight into why it generally appears that trainees are losing their planned module related activity, we looked into (in the same way) the usage of unsupervised trainee activity, to see if there would be any correlation.

From these graphs it is clear that the level of unsupervised activity increases by grade. Not only this, but trainees of all grades are added to unsupervised lists in excess of the agreed plan. It is apparent that ST5s are the most affected by this.

It is unclear, however, if this has any positive or negative effect on anaesthetic training. 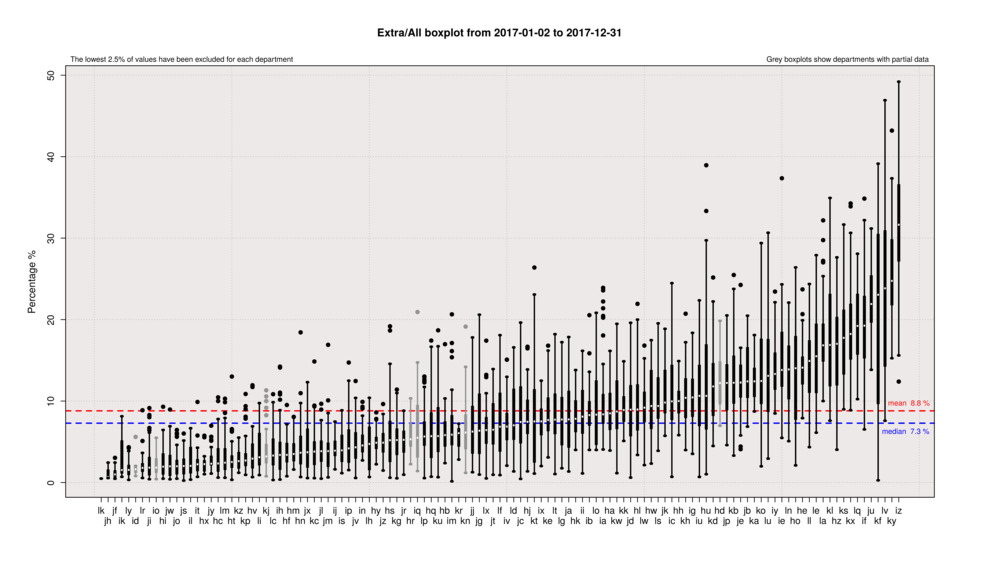 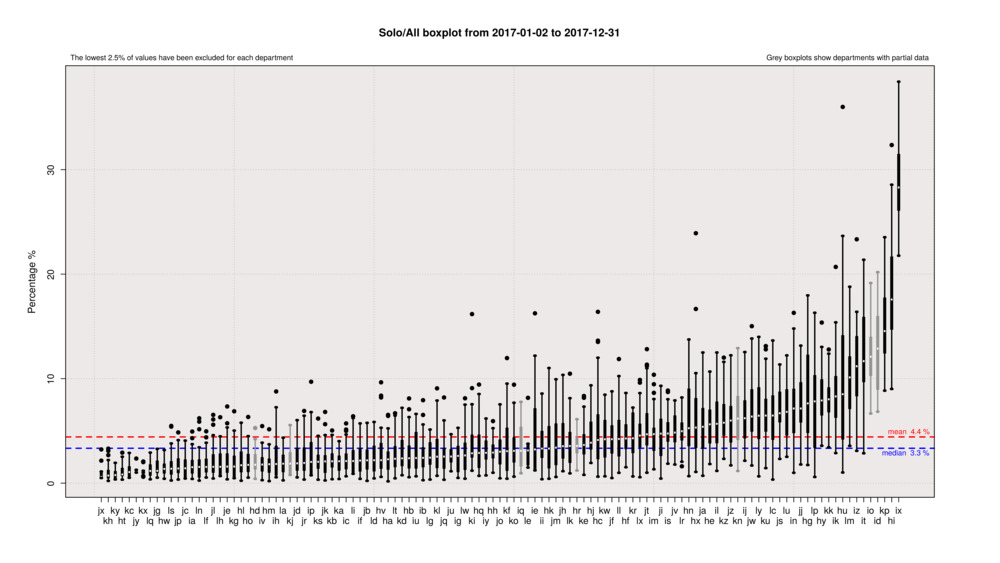 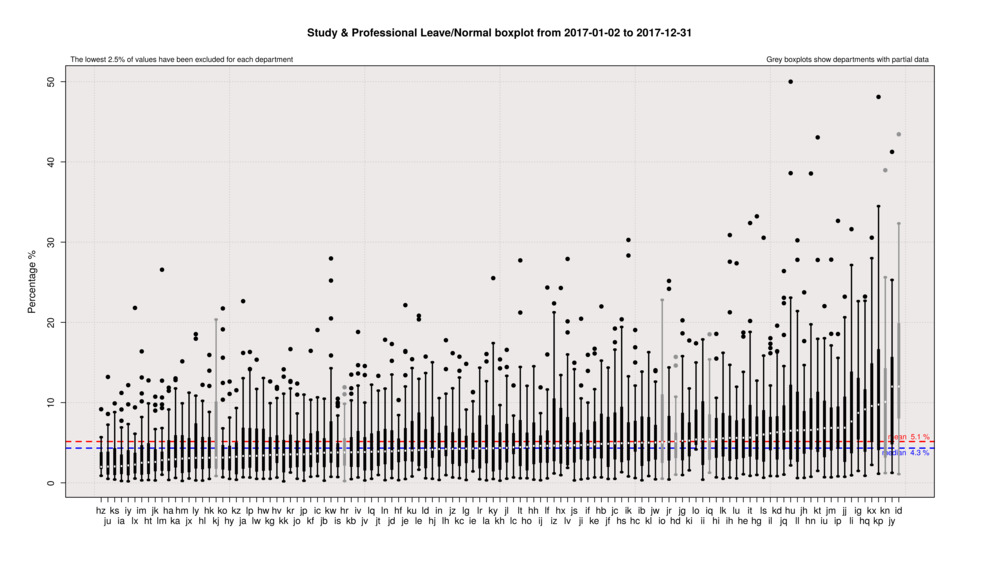 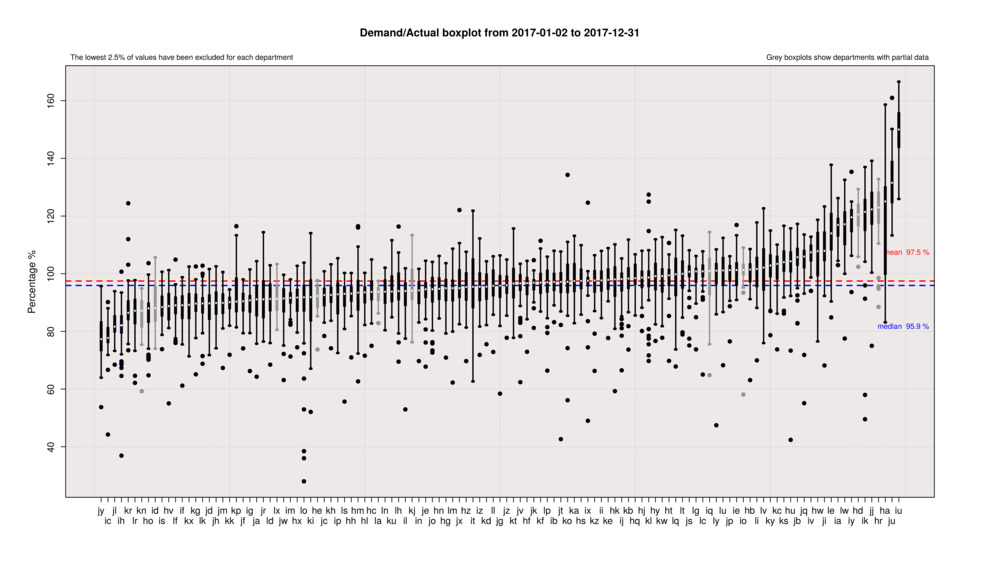 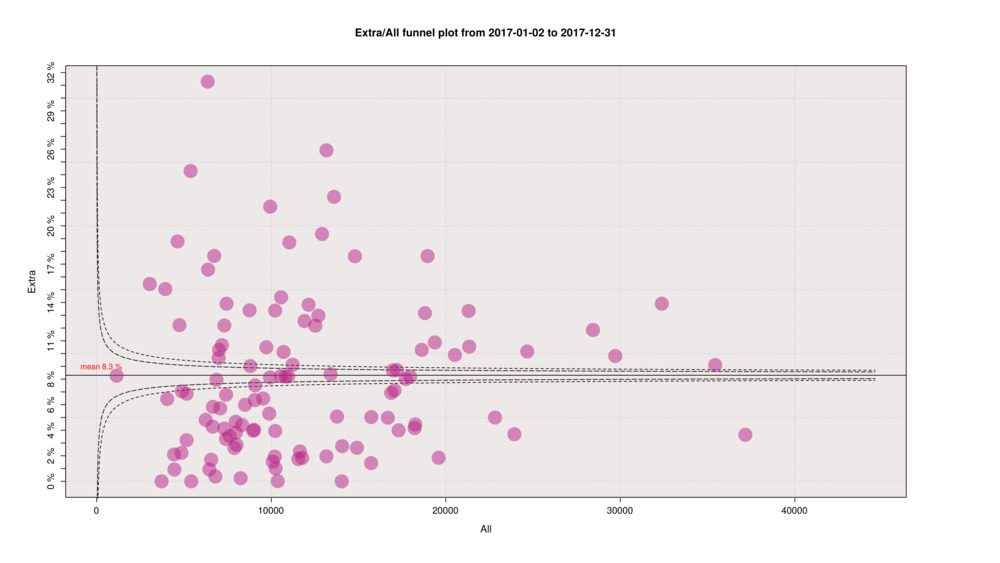 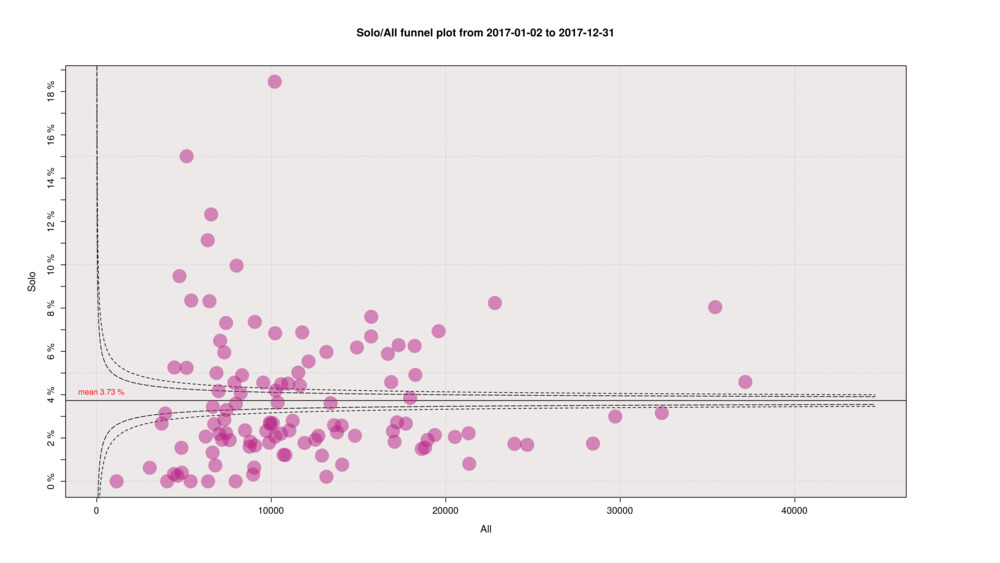 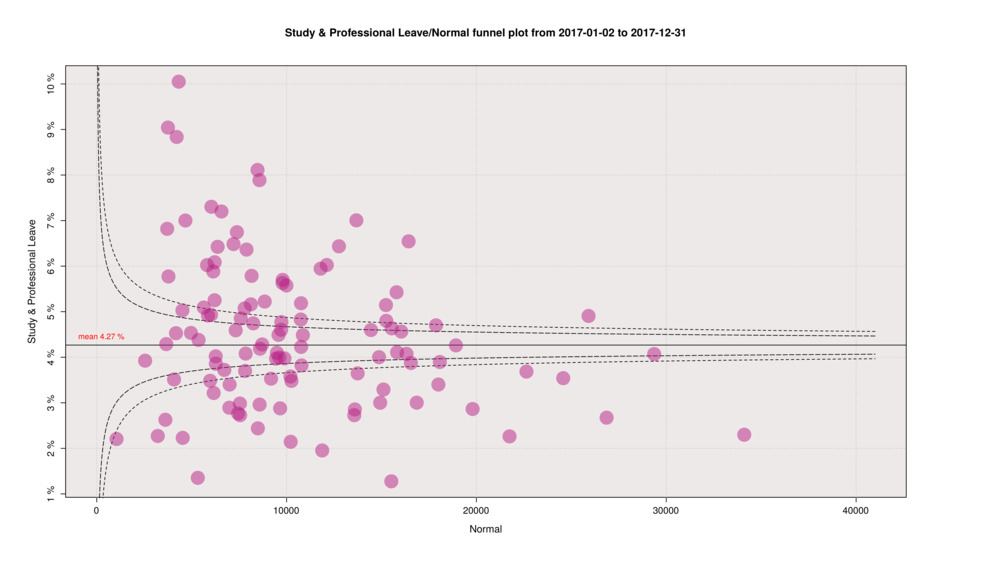 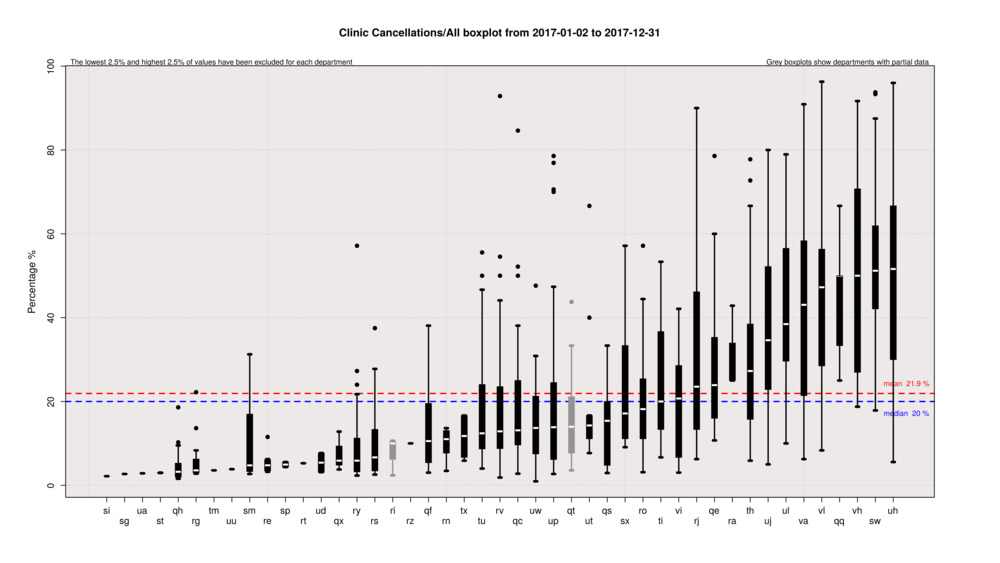 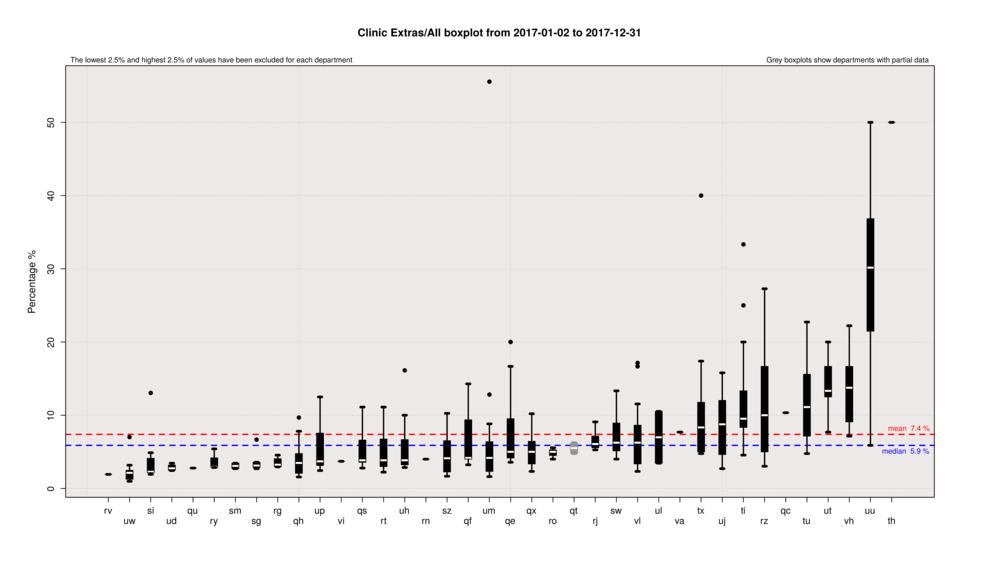 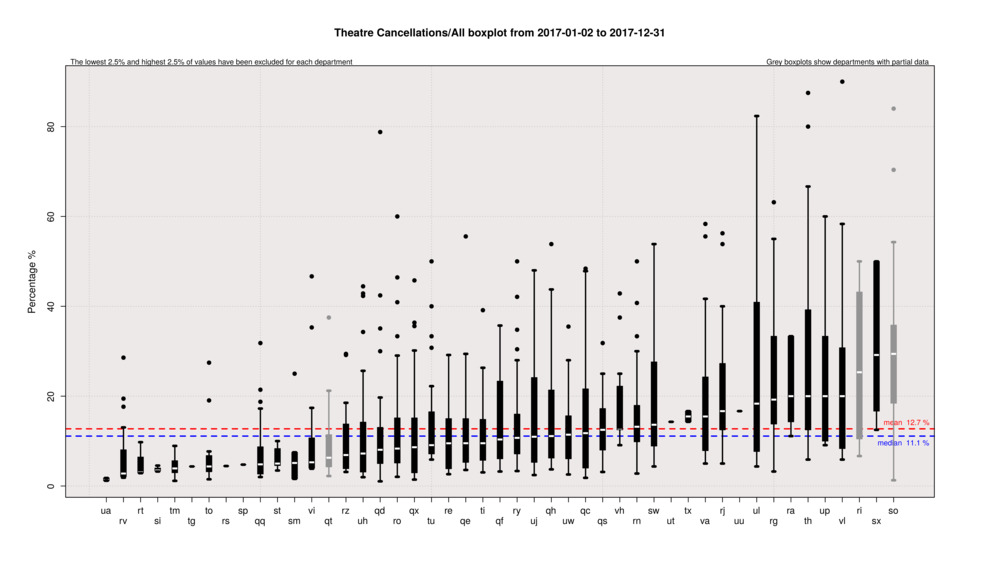 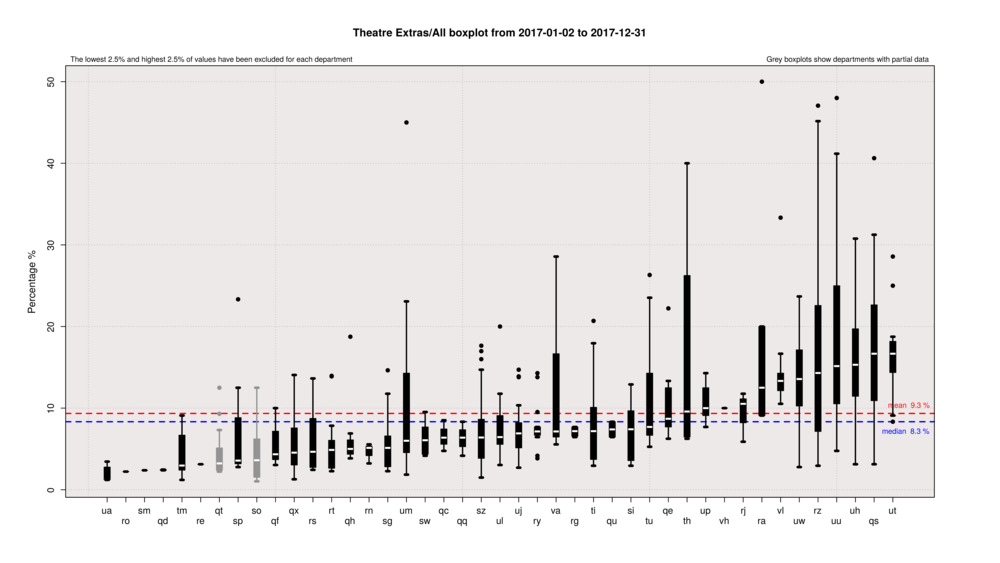 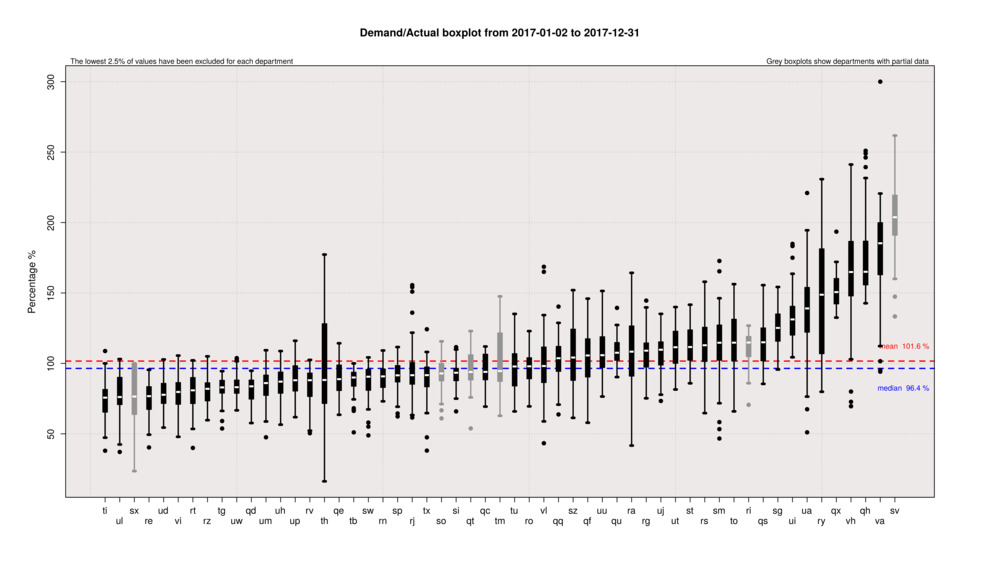