At the 2013 March Management & Training Day (T&M Day) the Rotamap team presented all the benchmark measures previously shown at the September 2012 forum, with the addition of a new productivity deviation graph.

Data for the benchmark reports came from the CLWRota's 'RotaMC' (Rota Management Console) which allows for per-department scoring on productivity measures and for the reassignment of activity between categories where appropriate (such as when certain activity should be ignored in the DCC count).

Each department's name was replaced with a two character anonymisation code.

As with previous benchmark releases we generated department line graphs showing the levels of different types of activity stacked on top of each other, with leave shown below the zero line of the graph. 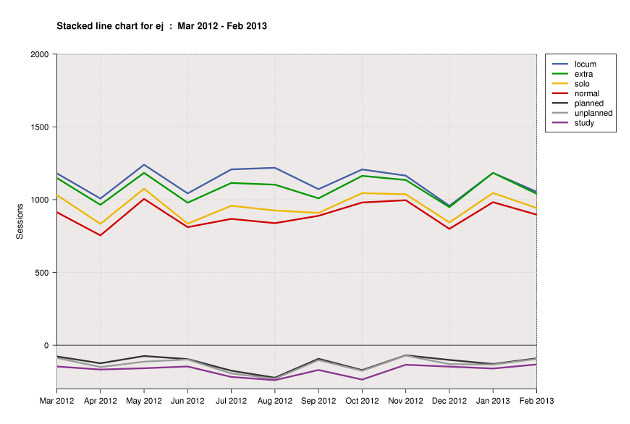 The department activity graph is useful for showing how various factors, such as trainee solo sessions or the combined extra and locum sessions, contribute towards the total DCC session delivery. Variations in leave through the year can also be easily discerned, as can the balance of planned, unplanned and study/professional leave.

In the above example it is clear that locum activity has been curtailed after November 2012.

The boxplots presented at T&M Day show values for the preceeding year of data for clients who have been using CLWRota for at least a year. Some departments who have more than six months of data but less than a year are shown in grey. 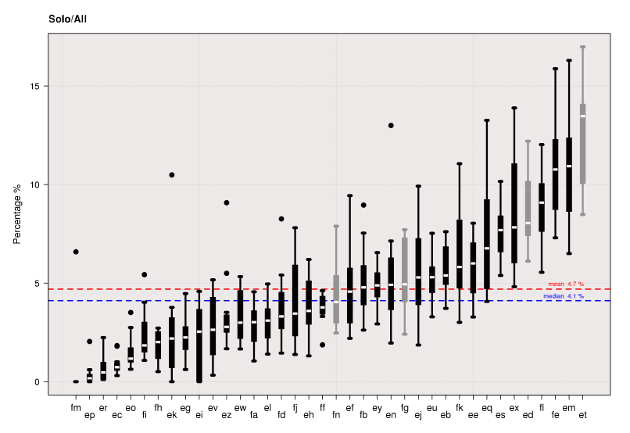 The boxplot above shows trainee led activity as a proportion of total department DCC activity.

The above boxplot shows extra and locum (paid-for additional) activity as a proportion of total department DCC activity. 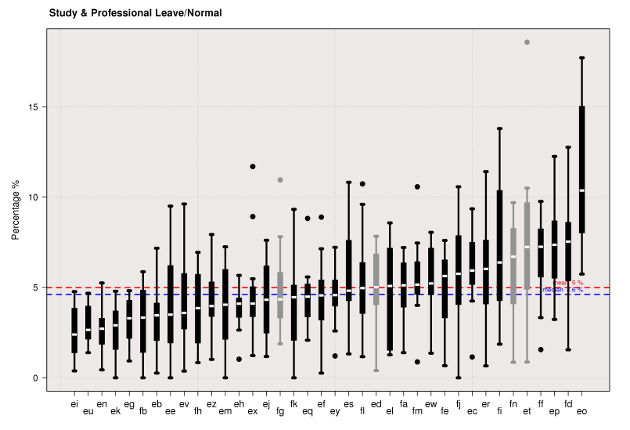 The above boxplot shows study and professional leave as a proportion of normal Consultant and NCCG DCC work.

Funnel plots show the same data as the boxplot graphs but with sessions summed over the year. Funnel plots are provided as they reveal the relative sizes of departments, and show the degree to which departments of comparable sizes are similar to each other. 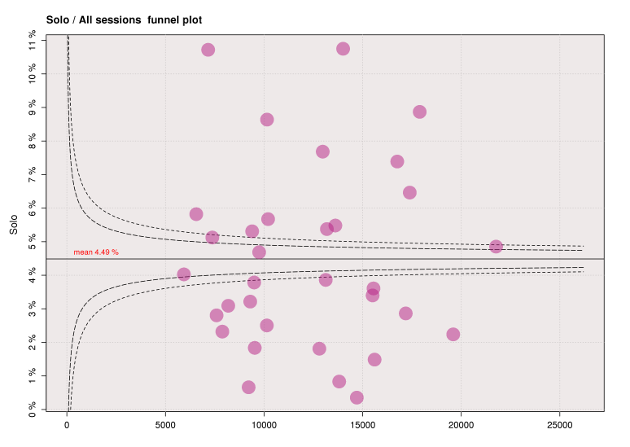 The above funnel plot shows solo sessions as a proportion of all DCC sessions. The x axis shows total per-annum sessions achieved. 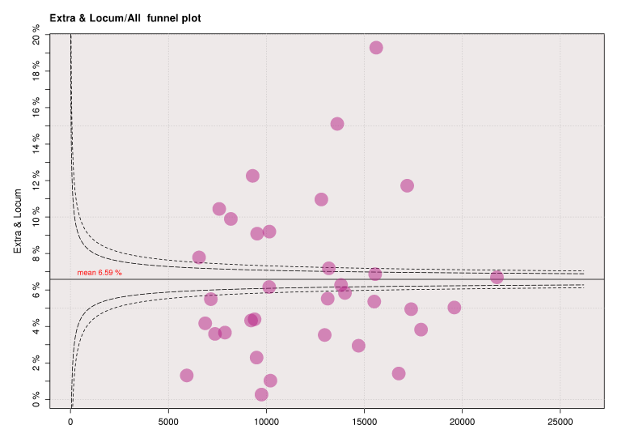 The above funnel plot shows the proportion of extra and locum (paid-for additional) activity as a proportion of department DCC activity. 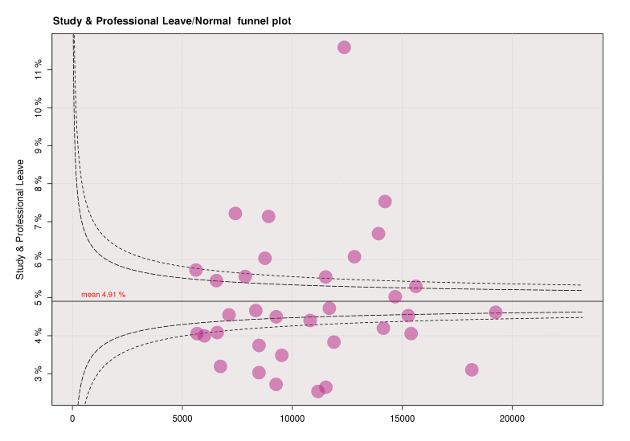 The above funnel plot shows study and professional leave as a proportion of department DCC work.

Each funnel shows a significant amount of overdispersion. This indicates that there is no common practice across trusts (even those of similar size) on how sessions are utilized or study and professional leave is managed. Additionally, policies regarding solo sessions appear to vary widely.

The above heatmap shows that the department in question has a predominance of extra and solo sessions on Fridays. Study leave occurs most frequently on Wednesdays and Thursdays. 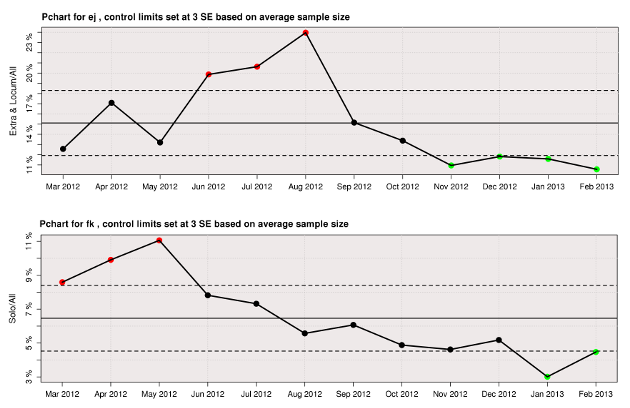 The top pchart shows extra and locum activity as a percentage of all dCC activity for the year to March 2013. The pchart shows that the department in question appears to have changed its policy with regard to purchasing additional resources in Septemer 2012.