At the 2013 Forum, which took place on the 19th September, the CLWRota team presented a series of cross-departmental benchmarks.

The data came from the Rota Management Console (otherwise known as RotaMC), a tool designed to generate reports and statistics across each department. We generated reports that will be familiar to those who have attended previous events, such as line charts and heat maps, and also examples of new ways that actual activity can be measured against planned activity.

Each department's name has been replaced with a random two character code to maintain anonymity. These codes have been changed since the Training and Management Day in March 2013, and will be altered for each new event.

As with previous releases we generated department line graphs showing the levels of different types of activity stacked on top of each other. 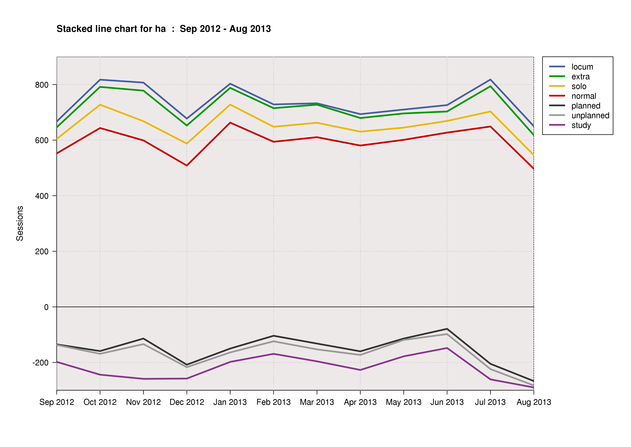 The department activity graph shows how much trainee-led, extra and locum sessions contribute towards the total DCC session delivery, as well as fluctuations in activity throughout the year. Variations in leave through the year can also be easily discerned, as can the balance of planned, unplanned and study/professional leave.

This box plot shows extra-contractual lists and agency locum sessions as a percentage of the full activity of the department. This excludes any use of extra types to represent normal department activity. Each box shows the variance in the monthly values across a 12 month period. 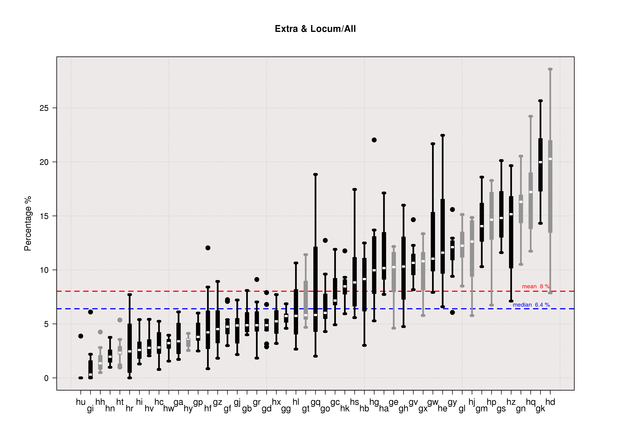 The mean extra and locum session rate across the departments was 8% and the median was 6.2%. Departments with more than 6 months but less than 12 months of data are shown with greyed boxes. 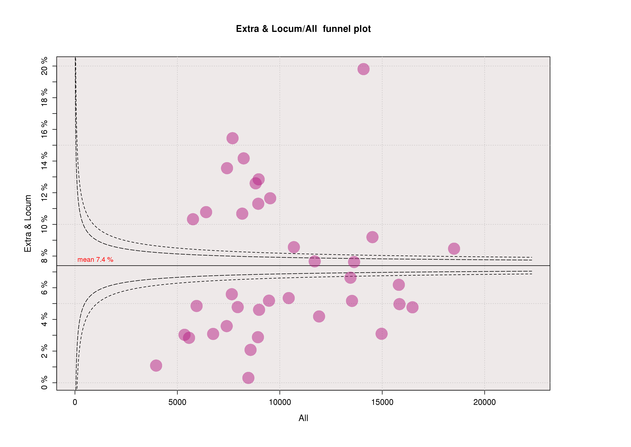 This funnel plot compares extra and locum rates to trust size. The outside tram lines show the value at three standard errors from the mean assuming a normal distribution. The smaller trusts appear likelier to deviate from the mean.

This second box plot shows solo sessions (trainee-led lists) as a proportion of all department activity. 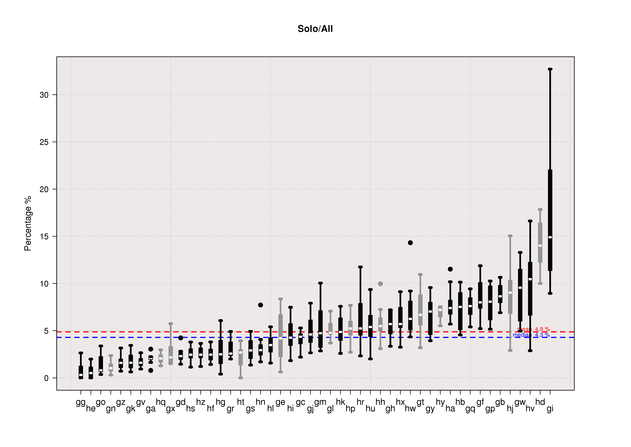 With the exception of the trust furthest to the right, there is significantly less variation here than for the extra and locum sessions. The mean was 4.9% and the median 4.3%. 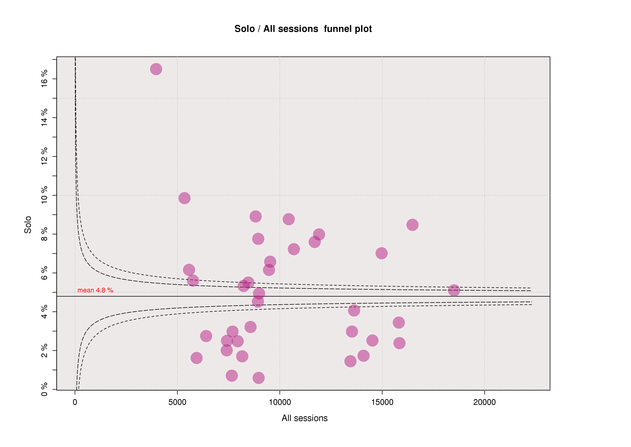 The funnel plot shows that most of the trusts with above-average solo session rates were mid-sized.

As well as reporting on annual and monthly activity, it is valuable to use the reporting tools to understand how activity is spread throughout the average week. The heat maps provide a way of visualising this. The following graphic shows the spread of solo sessions, extra and locum sessions, planned leave and annual leave.

The darker colours signify a higher concentration of activity. It is immediately clear that far more trainees are leading lists in Tuesday morning sessions than for Tuesday or Thursday afternoons.

A significant amount of extra and locum sessions are also taking place on Tuesday mornings, although the main concentration of this activity is on Thursdays.

Planned leave refers to any leave type that is taken into account in a person's expected delivery, predominantly annual leave. The concentration of leave booked on Thursdays helps to explain the necessity of the extra and locum use shown by the previous map.

Unplanned leave is also very high on Thursday. By comparing the maps, fluctuations in availability and session delivery across the week become apparent and causes can be determined.

As well as analysing department activity over the course of a year, at the 2013 Forum we decided to generate data over a two-year period for departments in which CLWRota has been established long enough. The aim was to be able to distinguish seasonal trends from changes in activity due to other causes. 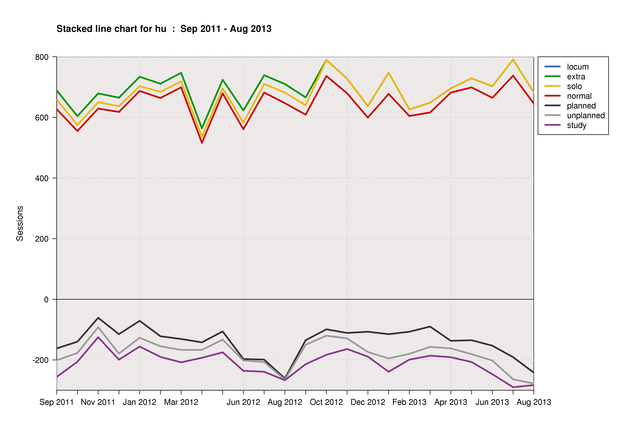 The chart immediately shows that the department have stopped using extra lists from October 2012 onwards. It also reveals that activity between 2011/12 and 12/13 shows little seasonal correlation. Leave between the two accounting years is much more similar, albeit with a greater proportion of unplanned and study leave in the latter half of the period.

This is a P-chart showing the activity of another department over the same period for extra and locum activity as a percentage of all activity. Deviations from the expected range (based on the mean) are highlighted. In this case, it visualised the department's successful project to significantly reduce their extra and locum spend across the period.

This is a distribution curve showing the percentage of expected activity achieved by staff. Each point shows a member of staff; the dotted line the median. This shows not only where the average is, but how it is affected by those members of staff achieving significantly more or less than 100%. 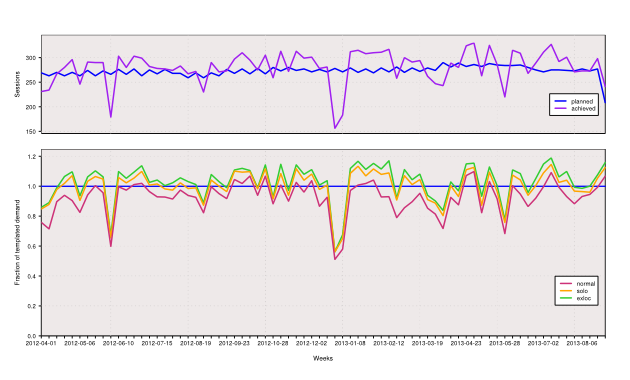 Several of our clients have requested graphs that compare delivered activity to planned sessions. The blue line in both graphs is taken from templated sessions in CLWRota, and the purple line in the first graph sessions that actually went ahead. The second graph measures the different session types from the standard line as a fraction of demand, which contextualises the variations that can be observed from previous graphs.